(Please scroll down to read this post in English.)

I have decided to buy only a few christmas gifts this year. But even though the number of presents is low, I’m hoping they will bring joy to a lot of people. Today, I have made donations to the following organizations and artists:

An organization that saves lives wherever it’s needed, without politics getting in the way.

A non-profit organization that helps people find relatives that have gone missing. In memory of Emil K.

One of my favorite musicians right now. LukHash creates awesome electronic music using old games consoles and computers, as well as electric guitars and pianos. All his music can be downloaded for free! His latest album, Falling Apart, was released on 29 September this year.

Tryad’s music is not only free of charge, it is free-as-in-freedom. That means you are allowed to use it in your own projects, both personal and commercial, without asking permission or paying license fees. Hooray for free culture!

Nina is a champion of free culture, and all her latest works are available for you to enjoy and remix, free of charge and free-as-in-freedom. Her comic strip Mimi and Eunice can be read on-line, and you can download her film Sita Sings the Blues. Again, hooray for free culture!

Linux Mint is a fantastic alternative to Microsoft Windows. It’s free of charge, free-as-in-freedom, and it’s user friendly. True, you can run into problems while installing it, but there are people who can help you, and when it’s done, Mint is easy to use. Hooray for free software!

No, I’m not talking about Parseltongue, but a programming language. I’ve been programming in other languages for years and years, but now I’m learning Python and here’s why I think you should join me.

If you’ve never tried programming a computer, you really should try it!

Learning computer programming is fun! It’s empowering and immensely satisfying. Sometimes it can even be useful!

By learning a programming language, or at least trying it, you get a wider understanding about the inner workings of computer programs. This can increase your confidence in using computers, as it removes much of the mystery surrounding these, sometimes seemingly infernal, machines.

Python is a great language for learning to program. It’s free, there are tons of great resources on-line, and it’s easy to learn and use.

Why is it fun? It’s fun to be able to order computers around. You spend so much time wrestling with them, trying to get them to behave, getting the chance to be in total control is very satisfying. Basically, when you tell your computer to jump, instead of sulking in the corner, it will ask “How high?”

How is it useful? Learning a programming language can actually be helpful if you work with computers, even if you’re not going to work as a programmer. Let’s say your boss hands you a log file with thousands of lines of text and tells you to find all email addresses and list them alphabetically. Doing this manually would probably make anyone contemplate suicide. But if you know Python, you could easily write a small program that does this for you. It would only take you a few minutes to write the program, and it would only take the program a second to complete the task. Yes, really! Or let’s say you’re working with a spreadsheet, probably in Excel but maybe in OpenOffice, and you need to add some formulas to do a bunch of advanced calculations. Guess what… That’s a form of programming, and if you know a programming language, understanding what you need to do and how you need to do it will be much easier.

Ok, so how do I learn Python? As I said, there are loads of resources on-line. I’ve just discovered a new one, a website called Udacity. They do free university classes for everyone, led by people who really know their stuff. Their first class is called CS101: Building a Search Engine. By taking this seven-week class, you will not threaten Google’s market share, but you will actually learn some of the basic mechanics that make Google tick. Most of all, though, you will learn to program using Python. The goal of the class is not really to teach you how to build search engines, but to teach you how to use Python, while building a simple search engine in the process. Speaking of Google, though, it’s worth mentioning that lots of the professors actually work at Google. So, yeah, like I said…they know their stuff.

CS101 is now in its final week and will start again on April 16. I’ll be taking the class, in parallel with a couple of other classes, CS212 and CS253, because even though I’ve been programming for years, I’m completely new to Python.

So why am I writing this blog post? Do I get a percentage from somewhere, or something? Ha ha, no. I honestly just want to share the love. I want more people to learn how to program, because I enjoy it so much and I think you might enjoy it, too. By writing this blog post, I hope to inspire someone to take the class CS101 with me, beginning April 16, because learning together is more fun than learning alone.

If you’re curious, know this:

So, come on! Learn Python with me! 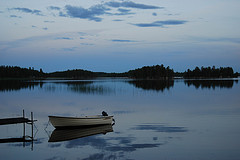 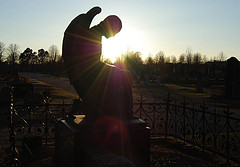 As part of my Sharing is Caring initiative, I just bought the extended version of Heartbroken by One Dice. Listening to it right now and loving it! I’ve just had a quick look through the included 24-page PDF and my initial reaction is very positive. It contains some very nice photos and appear to include some notes on the songs, not just the lyrics. I will have a closer look when I have a little more time.

I also donated some money to LukHash through Jamendo.com.

I’ve pledged some money to Tryad and will probably do the actual donation tomorrow as I’m on my way to bed right now.

I’ll also be buying the latest video from Louis C.K. Through Techdirt.com I found out that he’s doing an experiment with selling downloads directly to fans. I won’t write more about it right now, because, as I just said, I’m on my way to bed. But you can check out these links:

I love that stuff and I hope more performers follow his example.
Good night! 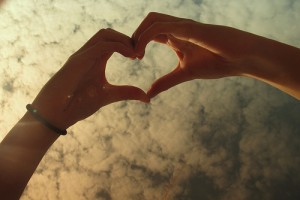 People who know me know that I talk a lot about copyright reform, free content, open culture, and alternative funding. I’ve thought about sending some money to several people and groups for quite some time, but I’ve just not gotten around to it. And frankly, I am a bit disappointed with myself. It’s time for me to start putting my money where my mouth is.

This christmas, I’ll be donating to, and buying from, some of my favorite artists and causes. I will start with pledging amounts here on my blog and on Facebook. Then I will initiate the actual transactions. By pledging the money publicly, I’m hoping to inspire you to do the same.

Personally, I’m planning on spending about €50. I’ll just take a few days to think about how I’ll divide the money. A fiver here and a fiver there is not much, I know, but that’s why I’m asking you to take part!

Please, join me and show the world that sharing is caring. Share some money with the people who share their works with you.

Here are some suggestions on how you can support your favorite creators and causes:

Give as much or as little as you want, to whatever artists, groups, causes, or random people you want! 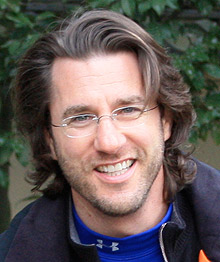 Yaaay, it’s sunday night! That means I get to post another favourite Mimi and Eunice comic strip from Nina Paley!